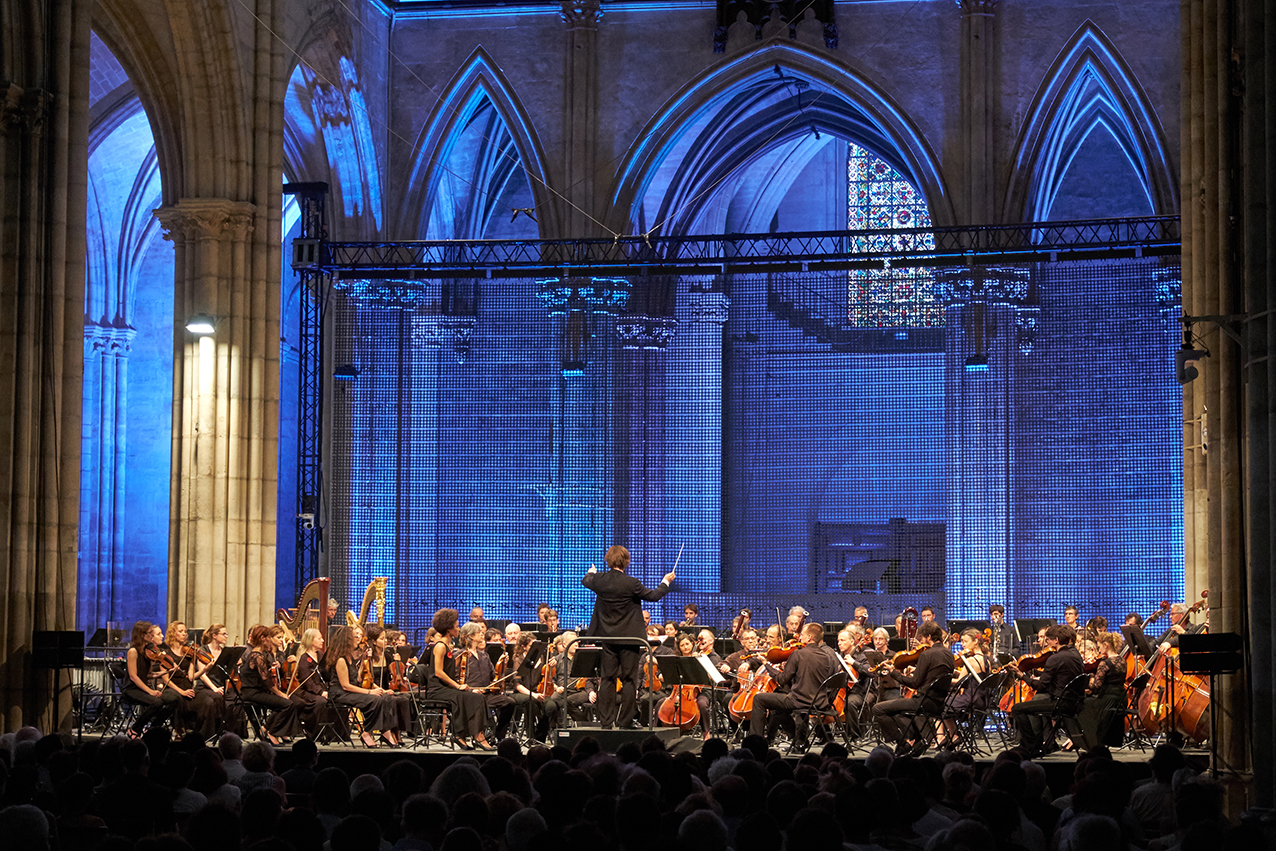 An envoy for symphonic music in the Île-de-France

Created in 1974, the Orchestre national d’Île-de-France is funded by the Regional Council of the Île-de-France and the Ministry of Culture. Its principal mission is to bring symphonic music to audiences throughout the Île de France region, and in particular to reach out to new audiences.

An eclectic and revolutionary repertoire

Made up of 95 permanent musicians, the orchestra gives around one hundred concerts each season, offering to the inhabitants of the Île de France a wide variety of programmes drawn from three centuries of music, from great symphonies to new music, from baroque to a multiplicity of modern idioms (Lenine, Pink Martini, Craig Armstrong, Paolo Conte and Nosfell among others). The orchestra itself is also an innovator, having created about a hundred contemporary pieces over the course of the last fifteen years, as well as a festival, Île de découvertes.

Enrique Mazzola is the Chief Conductor and Music Director of the Orchestre national d’Île-de-France since september 2012.

The music-lovers of tomorrow

The Orchestre national d’Île-de-France is particularly dedicated to engaging with its younger audiences. Over the last few years, it has developed many ambitious and enthusiastic schemes, such as “behind the scenes” workshops and opportunities to meet the performers, as well as educational concerts and musical spectaculars. These schemes have enabled the orchestra to give young people a taste for music, allowing them to develop their acquaintance with the symphonic repertoire, as well as forging direct relationships with the musicians, becoming part of a living spectacle. Concerts such as Oi Brasil, La Fontaine de l’île, Renard and, more recently, Chantons avec l’Orchestre at the Salle Pleyel have brought the orchestra together with several thousand young singers.