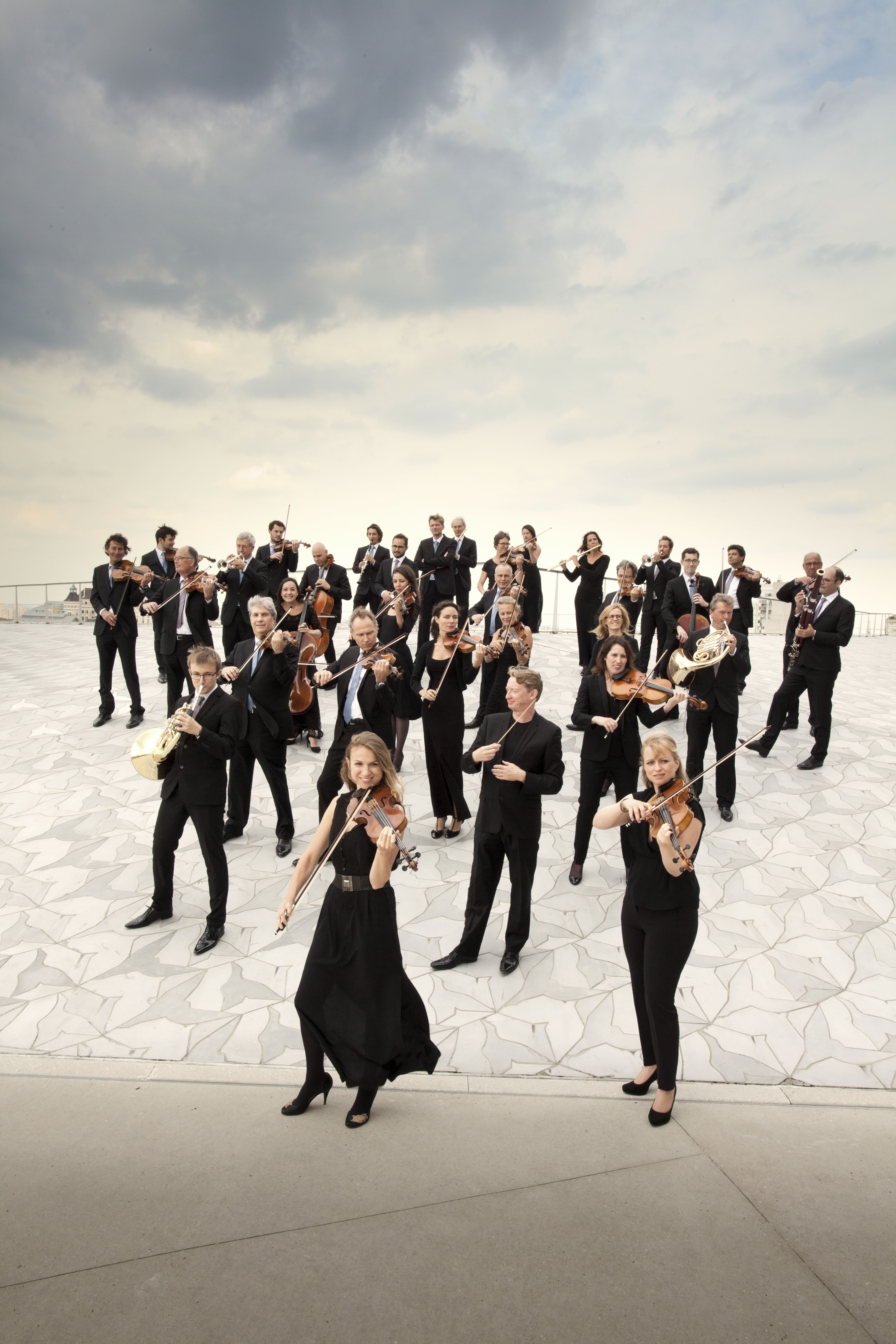 Founded in 1978, The Orchestre de Chambre de Paris has today asserted itself as a reference in France.

With Douglas Boyd, its Musical Director, the orchestra aims for the highest artistic excellence and is driven by an original vision of music and its role in society. The orchestra is made up of a community of 43 artists in Paris interpreting four centuries of music and engaged in the renewel of the relationship between an orchestra and its home city.

In its almost forty years of existance The Orchestre de Chambre de Paris has performed with the greatest conductors and soloists with whom they have pursued the development of a vast repertory from the baroque period to contemporary creation, with an original chamber music approach.

Innovative in its relationship to its audiences, The Orchestre de Chambre de Paris offers numerous participative and immersive musical experiences as well as the development of new digital content. With around one hundred cultural outreach activities every season, its civiic approach is a statement of its ambition to make contact with the greatest number of people.

The Orchestre de Chambre de Paris is associated with the Philharmonie de Paris, but also performs at the Théâtre des Champs-Elysées, as well as in opera productions at the Châtelet Theatre, The Paris Opera and the Opéra Comique, and performances at the Centquatre-Paris, Notre Dame Cathedral, the Théâtre 13 and the Salle Cortot.

In the 2017/2018 Season, the pianist François-Frédéric Guy, Fabio Biondi, principal guest conductor and the composer François Meïmoun, associated artists, share the orchestra’s artistic approach. Contemporary creation more than ever at the heart of the artistic project with commissions being given to Bruno Mantovani and Phillippe Manoury, but also an unprecedented musical performance at the heart of the urban environment entrusted to Pierre Sauvageot.

The Orchestre de Chambre de Paris goes on a number of international tours and pursues a dynamic recording policy. During the course of this season, it will give an important series of concerts with Gautier Capuçon at the Elbphilharmonie in Hamburg, at the Berlin Konzerthaus as well as in the rest of Germany.