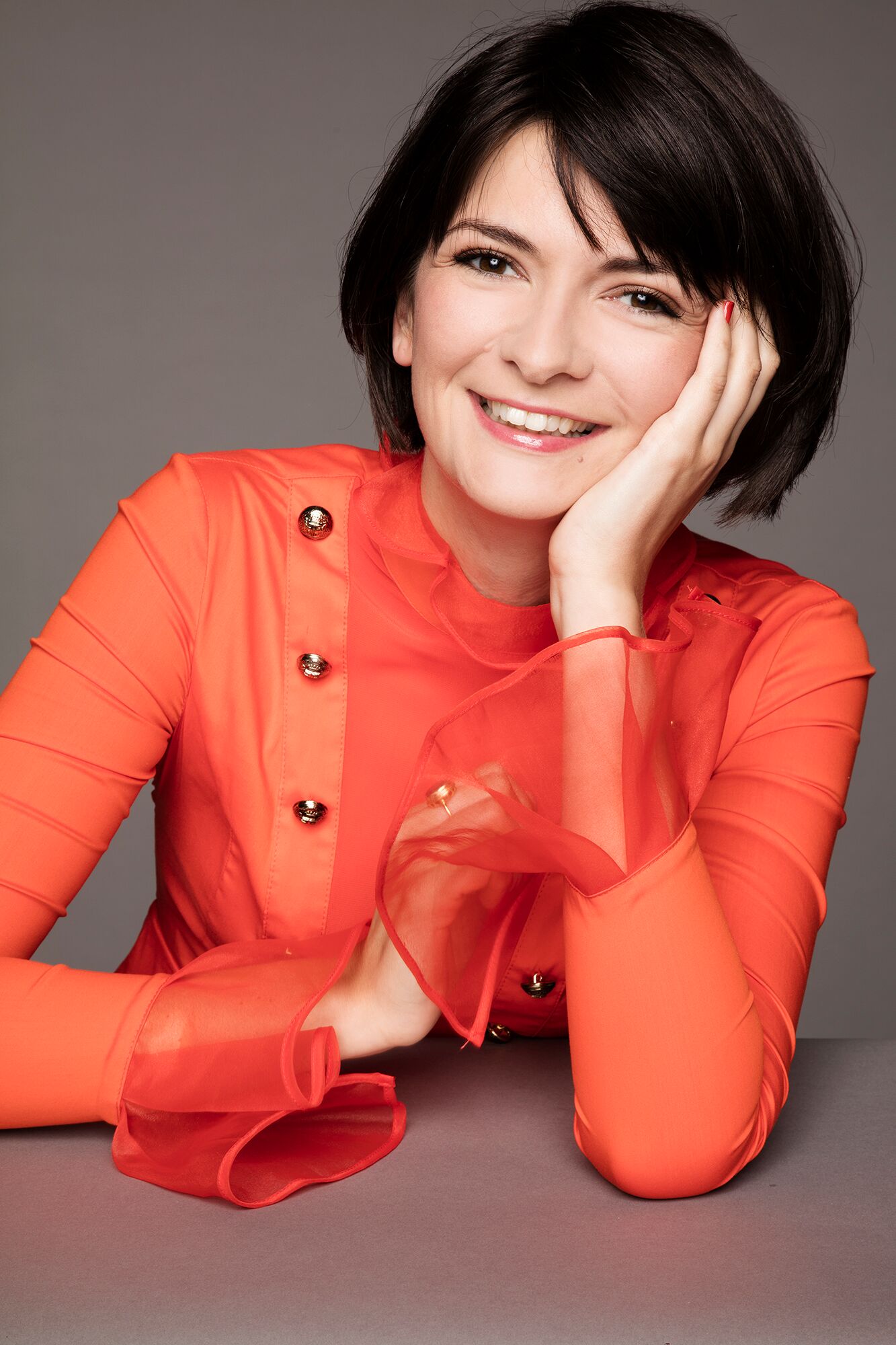 This season marks the global release of Marianne Crebassa’s critically acclaimed debut album ‘Oh, boy!’, and saw her crowned Artiste Lyrique at the 2017 Victoires de la Musique Classique. On stage she returns to La Scala and the Berliner Staatsoper for productions of Le Nozze di Figaro, to the Salzburg Festival for her first Sesto/La Clemenza di Tito and she makes her debut at the Opéra Comique in Paris in the title role of Offenbach’s Fantasio.

At just 21, while studying musicology, voice and piano in her home town Montpellier, Marianne Crebassa was engaged by the opera there as soloist in Schumann’s Manfred. Following her notable success at the Festival de Radio France as Isabella/Wuthering Heights in 2010, Crebassa was engaged in the Opéra National de Paris Young Artist Program, appearing as Gluck’s Orphée and Ramiro/La Finta Giardiniera and on the mainstage in Lulu, Rigoletto, and Madama Butterfly.

On graduation she debuted at the Salzburg Festival alongside Placido Domingo as Irene, Tamerlano, returning the following season as Cecilio, Lucio Silla. In the 2014 festival she created the title role in Dalbavie’s Charlotte Salomon.

Rapidly invited across Europe and America, she has recently portrayed Cherubino in Berlin, Vienna and Amsterdam. She made her La Scala debut as Cecilio, and returned the following season in L’Enfant et les sortilèges. Her US stage debut was made in Chicago as Stephano, Roméo et Juliette.

The mezzo-soprano’s extensive concert credits and projects include the Festival de Saint Denis, Salzburg’s Mozart Festwochen, The Gulbenkian Foundation, the Orchestre National de France, the Orchestre de Paris, the Wiener Sinfoniker, the Chicago Symphony Orchestra, the Staatskapelle Berlin… Most recently she performed as a soloist at the opening night of the 50th Mostly Mozart Festival in New York.

She returns regularly to the Festival de Radio France in her home town Montpellier, where most recently she sang Fantasio. This season Marianne is invited by Daniel Barenboim to celebrate the Debussy 2018 centenary with concerts with the Staatskapelle, a recital in the Pierre Boulez Saal and her debut in the role of Mélisande. She also returns to La Scala as Irene and to Chicago as Dorabella

Marianne is an exclusive recording artist with Erato.