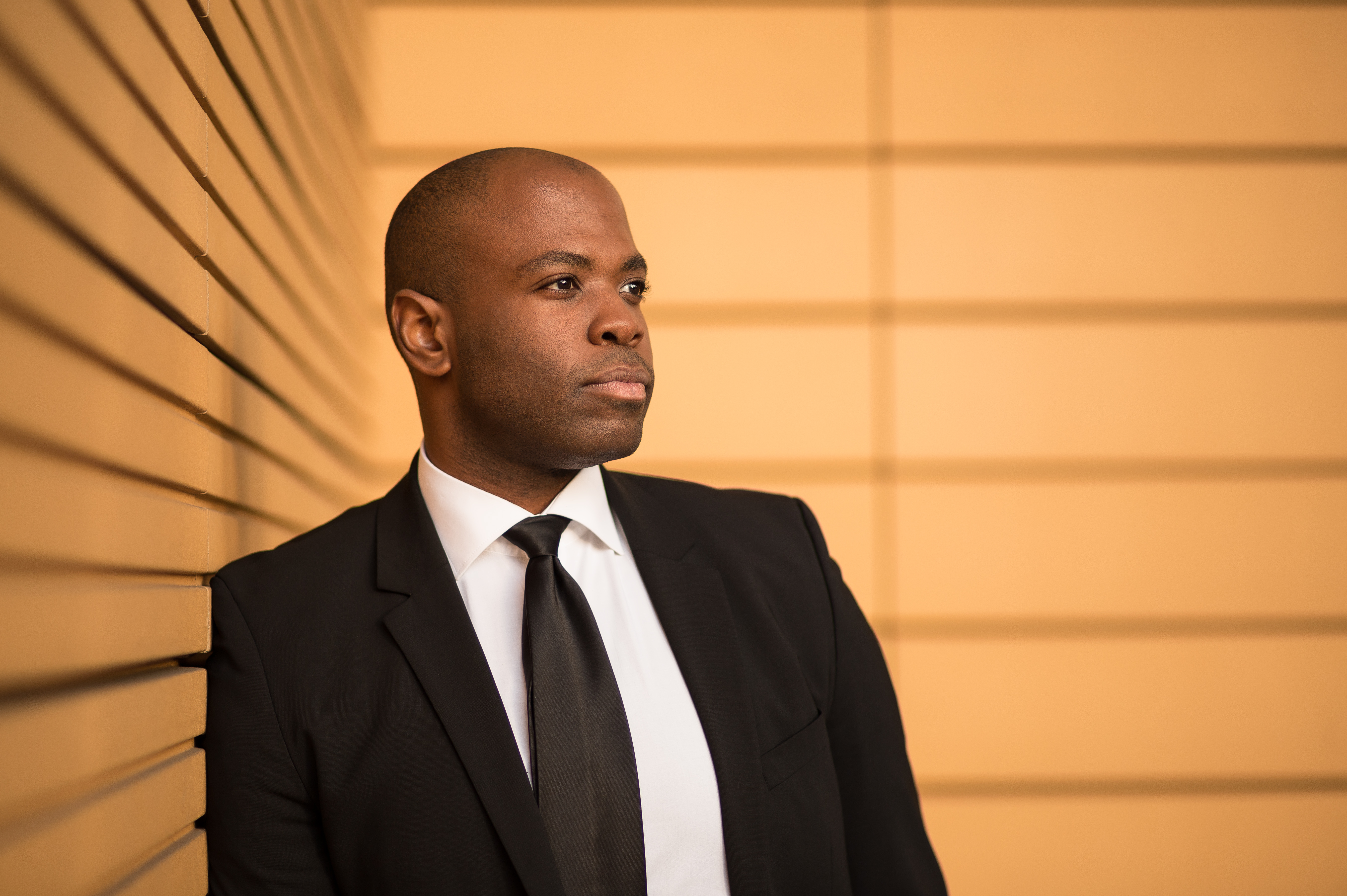 American tenor Joshua Stewart, “strikingly good” (The Guardian), has been praised for his “big, warm, confident” voice (Palm Beach Arts Paper) and “interpretive conviction” (Philadelphia City Paper). Displaying compelling artistry and versatility, he is quickly making a name for himself in the world of opera without losing touch with his jazz roots.

The season 2018-19 opened with his debuts at the Atlanta Opera and the Arizona Opera in Charlie Parker’s Yardbird  and includes Lady Macbeth von Mtsensk  with the Birmingham Opera Company and Sir Graham Vick, as well as Beethoven’s 9. Sinfonie  with the City of Birmingham Symphony Orchestra under the direction of Sir Simon Rattle.

In the season 2017-18 the tenor appeared as the Shepherd  in Stravinsky’s Oedipus Rex  conducted by Esa-Pekka Salonen and directed by Peter Sellars at the Baltic Sea Festival in Stockholm with the Royal Opera Orchestra of Stockholm. In addition, he performed the role of Lazarus  in the world premiere of Wake at the Birmingham Opera Company, directed by Sir Graham Vick. In April 2018 he was the tenor soloist in Tippett’s A Child of Our Time  with the RTVE Symphony Orchestra in Madrid and conductor Tim Murray. In June 2018 he gave his celebrated debut with the Los Angeles Philharmonic in the role of the Narrator  in Schumann’s Das Paradies und die Peri  under the directional team of Gustavo Dudamel and Peter Sellars.

The season ended with performances of Zelmira  with Gianluigi Gelmetti and Le nozze di Teti e di Peleo with Pietro Rizzo at the Belcanto Opera Festival „Rossini in Wildbad“. Recent debuts include the title role in Charlie Parker’s Yardbird  with Madison Opera, Trin  in La Fanciulla del West  at the Hamburg State Opera, Belmonte  in Die Entführung aus dem Serail  with Opera de Lausanne and Opera de Fribourg, Don Ottavio  in Don Giovanni  with Toledo Opera, Arturo  in Lucia di Lammermoor  with Opera Carolina, Abdallo  in Nabucco  at the Oberammergau Passionstheater, as the tenor soloist in Carmina Burana  with the Toledo Symphony, and as the Erzengel  in Das Spiel von der Auferstehung des Herrn  by Walter Braunfels with the Muenchner Rundfunkorchester. He also performed the Shepherd  in Stravinsky’s Oedipus Rex  at the Festival d’Aix-en-Provence and at the Royal Festival Hall in London under the musical direction of Esa-Pekka Salonen.

As a member of the Bavarian State Opera’s studio, Joshua Stewart made his debut in 2012 as the Priester in the world premiere of Babylon  by Jörg Widmann. Additional roles as a studio member include Conte d’Albafloria  in Mirandolina, Joe  in Gershwin’s Blue Monday, Jeppo Liverotto  in Lucrezia Borgia, Albazar  in Il Turco in Italia,  and Capitano  in Simon Boccanegra.  Other notable roles in his repertoire include Tom Rakewell  in The Rake’s Progress, Nemorino  in L’elisir d’amore, Prunier  in La Rondine, Tebaldo  in I Capuleti e i Montecchi, Toni Reischmann  in Henze’s Elegy for Young Lovers  and the title role in Idomeneo.

He has had the honor of performing for several world leaders, including King Carl XVI. Gustaf and Queen Silvia of Sweden, Ex-President Barack Obama, Hillary Clinton, and Ex-President George H.W. Bush. A native of New Orleans, Louisiana, Joshua Stewart is a graduate of the Curtis Institute of Music in Philadelphia, where he received his Bachelor of Music and Master of Opera. He was a prizewinner in the 2013 International Voice Competition „Vokal genial“ in addition to other awards.