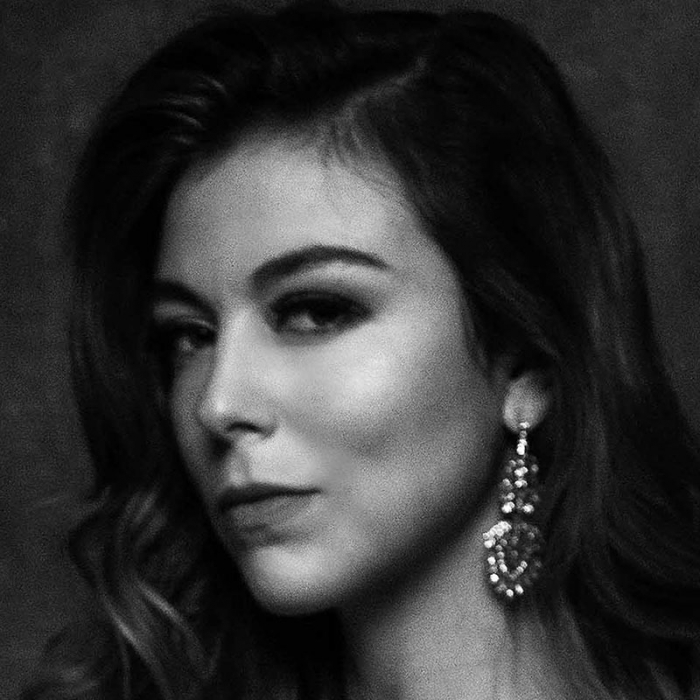 Acclaimed by The New York Times as “an outstanding actress, as well as a singer of extraordinary grace and finesse,” soprano Corinne Winters will enjoy a 2018/19 season of new cities, intimate venues, and connecting with favorite collaborators. Highlights include a European tour of the Verdi Requiem with Sir John Eliot Gardiner and the Monteverdi Choir and Orchestras, Les nuits d’été with Borusan Istanbul Philharmonic Orchestra, Bachianas Brasileiras with True Concord at the Tucson Desert Song Festival, a return to Michigan Opera Theatre as Tatiana in Eugene Onegin, a recital called García Lorca: Muse and Magician with New York Festival of Song, a role debut as Rachel in La Juive at Opera Vlaanderen, and a return to Santa Fe Opera for her role debut as Leïla in The Pearl Fishers.

On the concert stage, Corinne has joined tenor Matthew Polenzani in recital for the George London Foundation, where she was praised by Opera News as “a striking brunette who manages to be simultaneously gamine and seductress, reveal[ing] an arresting, uniquely plum-colored soprano that could pass for mezzo in the middle but explodes with vibrant color on top.” She has also appeared in recital with the New York Festival of Song, Tucson Desert Song Festival, and Vocal Arts DC, showcasing Spanish song repertoire from her debut album, Canción amorosa.

Corinne is proud to share her expertise as a mentor with Turn The Spotlight, a foundation working to identify, nurture, and empower leaders – and in turn, to illuminate the path to a more equitable future in the arts.