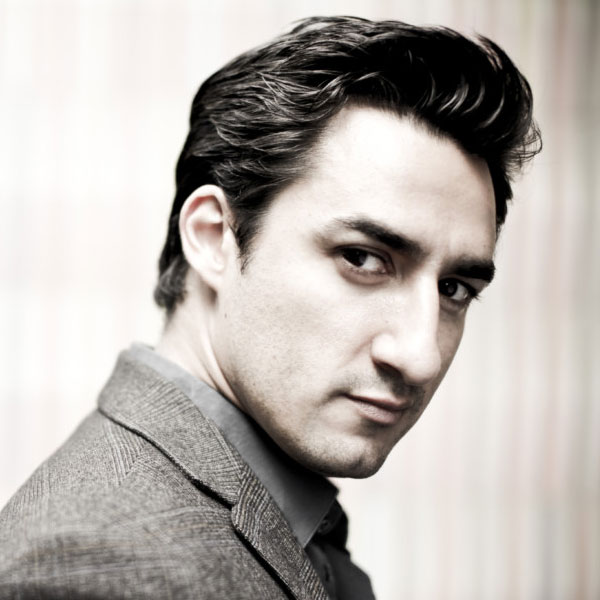 Acclaimed internationally as one of the finest lyric tenors of his generation, Charles Castronovo has sung at most of the world’s leading opera houses, including the Royal Opera House – Covent Garden, Paris Opera, Metropolitan Opera, Berlin State Opera, Vienna State Opera, Teatro Real in Madrid, Theatre Royale de la Monnaie in Brussels, Bavarian State Opera in Munich, Gran Teatre del Liceu in Barcelona, San Francisco Opera and Chicago Lyric Opera. In the 2017/18 season, Castronovo will return to the Deutsche Oper Berlin for his debut as Don José in Carmen, which he will subsequently perform at the Théâtre du Capitole in Toulouse. He will also sing Alfredo in La Traviata at the Paris Opera and Bavarian State Opera, Tamino in Die Zauberflöte at the Metropolitan Opera, Edgardo in Lucia di Lammermoor at the Royal Opera House, Covent Garden, and Rodolfo in La Boheme with the Singapore Symphony.

Castronovo’s engagements for the 2016/17 season included the title role in Faust at the Zürich Opera House, Alfredo at the Vienna State Opera, the title role in La Damnation de Faust at the Berlin State Opera, Rodolfo at the Hungarian State Opera, Lensky in Eugene Onegin at the Lyric Opera of Chicago, and a variety of roles at the Bavarian State Opera, including Alfredo, Edgardo, and the title role in Roberto Devereux. In the 2015/16 season, Castronovo sang Alfredo with the Canadian Opera Company, Edgardo and Alfredo at the Royal Opera House, Faust in Mefistofele at the Festspielhaus Baden-Baden, and a gala concert at the Théâtre des Champs-Élysées. He began the 2014/15 season with his debut at the Gran Teatre del Liceu in Barcelona as Alfredo, later making his debut at the Salzburg Easter Festival as the title role in La Damnation de Faust under Sir Simon Rattle, a role he also sang with the Berlin Philharmonic. Castronovo then starred as Ruggero in the Deutsche Oper Berlin’s new production of La Rondine, performed in Roméo et Juliette at the Teatro Real in Madrid, sang the title role in Faust at the Teatro Regio di Torino, and made his debut in the role of Lensky in Eugene Onegin at the Vienna State Opera. He also appeared at the Bavarian State Opera as Tamino in Die Zauberflöte, Nemorino in L’elisir d’amore and Don Ottavio in Don Giovanni, and sang concert performances of Charles Gounod’s opera Cinq Mars in Vienna and Versailles, marking the work’s first performance in well over a hundred years.

Born in New York and raised in California, Castronovo began his career as a resident at the Los Angeles Opera. He was then invited to join the Metropolitan Opera’s Lindemann Young Artists Development Program, and in the autumn of 1999, he made his debut at the Metropolitan Opera as Beppe in the opening night performance of Pagliacci. In the first years of his career, Castronovo built his repertoire with such debuts as Tamino in Die Zauberflöte and Fenton in Falstaff in Pittsburgh, Don Ottavio in Don Giovanni and Ernesto in Don Pasquale in Boston, and Ferrando in Cosi Fan Tutte in Portland, where he also sang his first performances of Nemorino in L’elisir d’amore. He debuted as Alfredo in La Traviatawith the Minnesota Opera, as Belmonte in Die Entfuehrung aus dem Serail with the Colorado Opera, and as Elvino in La Sonnambula with the Michigan Opera Theater. Castronovo made his European stage debut at the 2000 Savonlinna Festival in Don Giovanni. He subsequently debuted in Germany at the Berlin State Opera in the same work under Daniel Barenboim, in France as Fenton at the Théâtre du Capitole in Toulouse, and in Great Britain at the London Proms of 2002 in Ravel’s L’Heure Espagnole. In the 2003/04 season, he made his debuts at the San Francisco Opera, Paris Opera and Vienna State Opera as Tamino, and in September of 2004 he debuted at the Royal Opera House as Ferrando. This was followed by his Italian stage debut as Alfredo at the Teatro Carlo Felice in Genoa. Other significant debuts included Alfredo at the Hamburg State Opera and the Megaron in Athens, Fenton at the Theatre Royale de la Monnaie in Brussels, and Ferrando at the Bavarian State Opera in Munich. He also made his debut at the Salzburg Festival as Belmonte in Entfuerung.